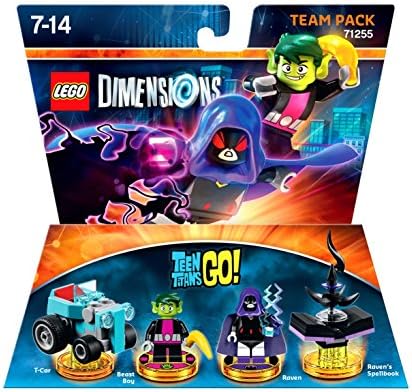 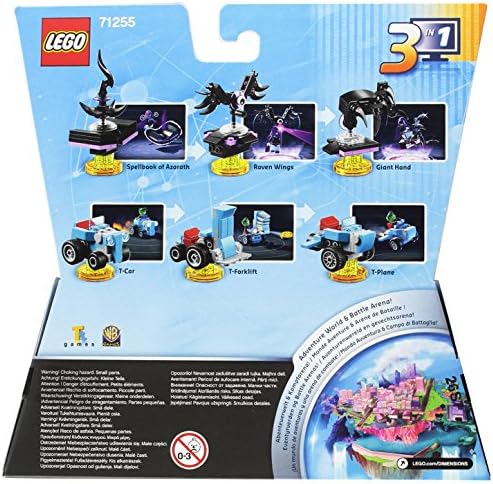 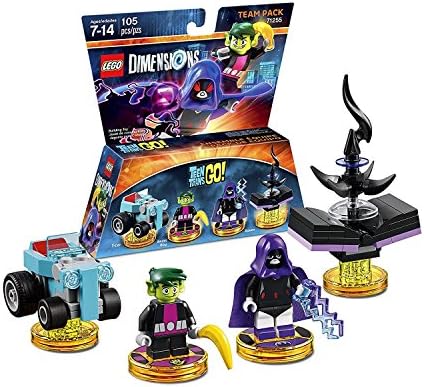 Enjoy more LEGO DIMENSIONS gameplay with the Teen Titans Go! Team Pack featuring Raven and Beast Boy! Simply attach the minifigures to their LEGO Toy Tags and place them on the LEGO Toy Pad to bring them to life in the game. Then use their special abilities to solve puzzles and battle enemies. Add the T-Car and Spellbook of Azarath to boost your gameplay, and then rebuild them into the Forklift and T-Plane or Raven Wings and Giant Hand for upgraded abilities in the game. This set includes buildable Raven and Beast Boy minifigures and their accessories, two 3-in-1 rebuildable vehicles, and an Adventure World with a Battle Arena.

All characters and models include a detachable LEGO Toy Tag.
Rebuild the T-Car into the Forklift and T-Plane.
Rebuild the Spellbook of Azarath into the Raven Wings and Giant Hand.
Place each character and their vehicle on the LEGO Toy Pad and join the action in the game.
Activate Raven’s telekinetic powers and jump into action with Beast Boy’s transform abilities.
Unlocks the Teen Titans Go! Adventure World and Battle Arena.