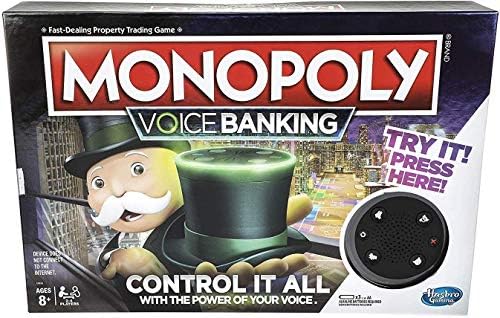 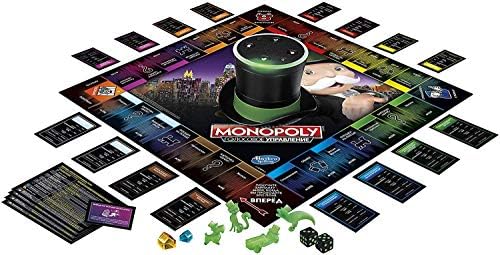 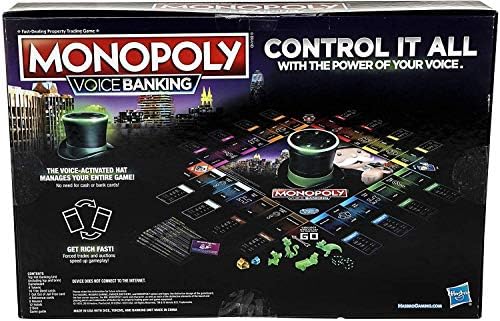 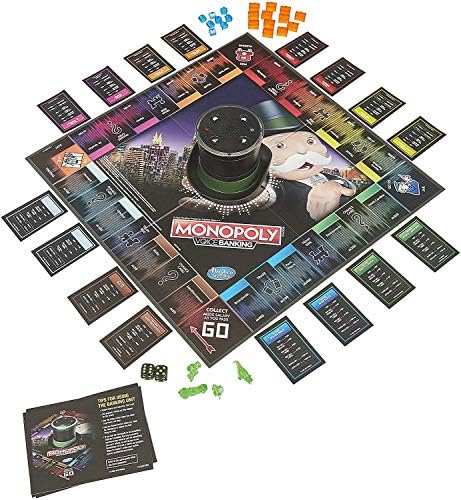 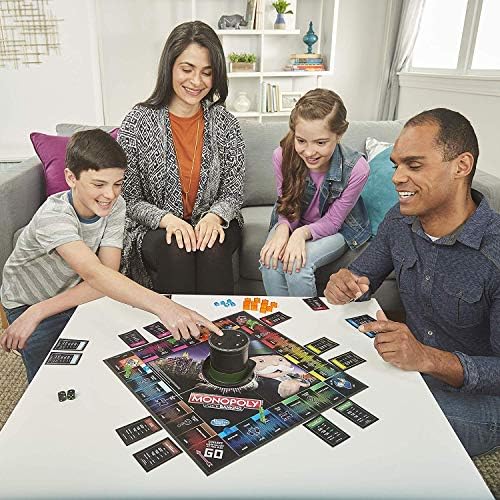 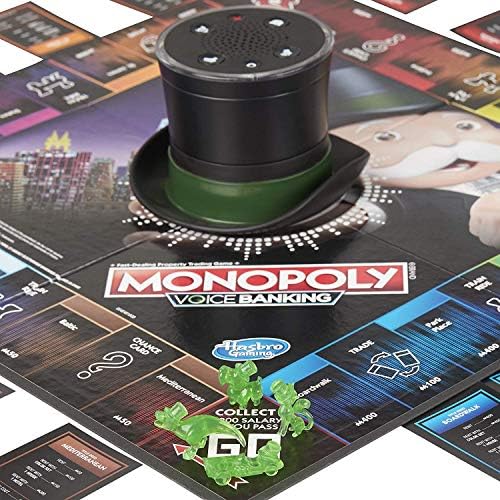 The Monopoly voice banking game features lights and sounds, and comes with an interactive Mr Monopoly banking unit. The iconic Monopoly top hat is voice-activated and the personality of Mr Monopoly really shines as he handles All of the transactions. He keeps tabs on players’ Money and properties so there’s no cash or cards to think about. Talk to Mr Monopoly and he responds. For instance, press your token’s button and say, ‘buy bow street’. Mr Monopoly will track The transaction, keeping the game moving. With the Monopoly voice game, players travel around the board aiming to be the person with the most money and highest property value to win! The Hasbro, Hasbro Gaming, Parker brothers and Monopoly names and logos, the distinctive design of the game-boards, the four corner squares, the Mr Monopoly name and character, as well as each of the distinctive elements of the board and playing pieces are trademarks of Hasbro for its property trading game and game equipment.

TALK, MR MONOPOLY LISTENS: Press the button, and say a command like, ‘Pay Rent on Piccadilly’; Mr Monopoly will respond and move the payment to an opponent’s account
FASTER GAMEPLAY: Players land on a forced trade space and tell Mr Monopoly which properties they want to trade. Build sets quicker and get those houses and hotels up faster
NO NEED FOR CASH OR BANK CARDS: The Mr Monopoly banking unit manages all finances whether it’s buying properties, paying and receiving rent, checking balances and more
EXCITING FAMILY GAME: The Monopoly Voice Banking board game is designed for ages 8 and up; 2 to 4 players can play at a time and it’s a great activity for family game nights