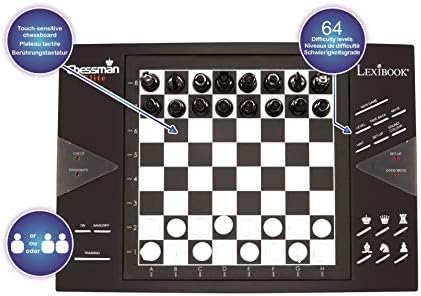 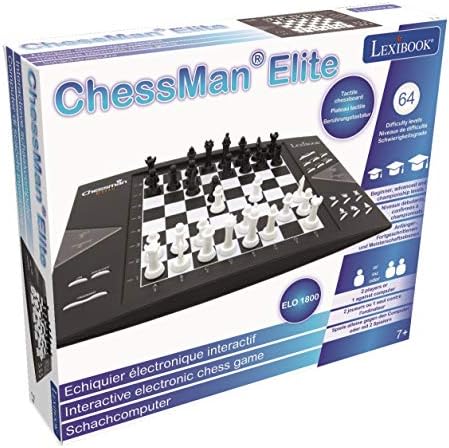 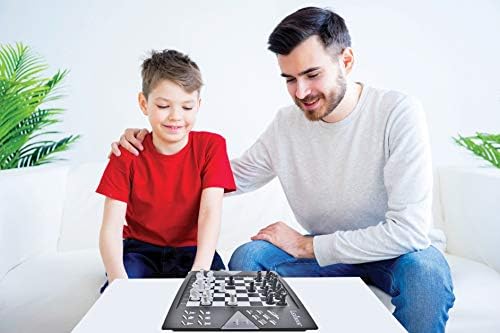 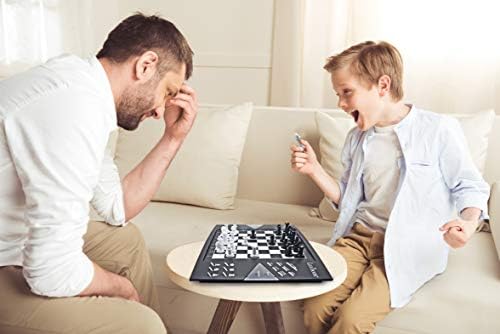 Electronic chess game with sensitive chess board: • 64 difficulty levels divided into 4 game styles: normal, aggressive, defensive and random • 5 beginners levels aimed at children and beginners where in the computer deliberately sacrifices chessmen • The moves played are visualised by the luminous diodes (16 LEDs) • A training mode where the computer indicates the player whether a move is optimal or not • Follows the 50 moves rule, stalemate and draw, the promotion of pawns and the passing capture • Various functions: Hint, Take Back, Move, Verify, Set Up and Multimove (to arbitrate a game between two players) • ELO 1800 • Advised from : 7 year • Warning! This game is not suitable for children under 36 months. Choking hazard

Mystery Item(Random Product)- Electronic Blind Box! There Is A Chance To Open: The Latest Mobile Phones, Drones, Bluetooth Speaker, Give Yourself A Surprise, Or As A Gift To Others